Most women experience menopause after the age of 40 and spend a third of their life in this phase. It is a natural and important part of any woman’s life. Still, that doesn’t always make it easy to deal with.

The changes that come with menopause affect a woman’s life physically and emotionally. The most recognizable changes are hot flashes, mood swings, and restless nights. But, what many people may not realize, is that menopause may also bring with it ANXIETY, PANIC ATTACKS and DEPRESSION.

Symptoms women experience during peri menopause and menopause may include:

Are you suffering of one or more of these symptoms?

The use of complementary therapies is gaining popularity, as more people are starting to look for more natural treatments to manage their health.
This is especially true of mood disorders like depression and anxiety.

Nature’s medicine cupboard has plenty of herbs that can help mood disorders, anxiety and depression without any unwanted side effects. There are herbs that will help create balance for hormone related disorders, provide energy when needed or produce calming, sedative effects.

best herbs for anxiety and depression

Listed below are the best herbs and superfoods which can be used when dealing with depression and anxiety.

Curcumin, the primary active ingredient of the Indian spice turmeric, is best-known in natural medicine circles for its anti-inflammatory effects. But researchers discovered how curcumin supplements can also act as effective an effective herbal antidepressant.

The study involved 60 patients with major depressive disorder who were randomly divided into three groups: one group received curcumin only in the form of 500 mg standardized curcumin extract twice daily, another group received the standard daily dose of 20 mg fluoxetine, and the third group received a combination of the two treatments. The results showed that the efficacy of curcumin compares with the one of generic Prozac but with no side effects.

The used and recommended dose of curcumin in the studies was 500mg twice a day.

Extracts made from the popular Middle Eastern spice saffron have also recently been shown to be effective natural antidepressants in several clinical trials. The petals and the stigmas of the Crocus sativus plant contain crocin and safranal, believed to be saffron’s active components and natural antidepressants.

One double-blind, randomized, controlled trial compared the effects of saffron with fluoxetine (generic form of Prozac) in 40 people with major depression. For eight weeks, half the participants took a supplement containing petal of Crocus sativus (15 mg morning and evening) and the other half took fluoxetine (10 mg morning and evening). Depression symptoms and severity were rated using the Hamilton Rating Scale for Depression.
At the end of the study, both the saffron and fluoxetine treatments resulted in significant improvements in depression symptoms and severity, with no difference in the amount of improvement between the two groups.

At least two previous studies also found that both the stigmas and petals of saffron (30 mg per day) act as natural antidepressants with effectiveness equal to generic Prozac.

If you want to follow that same protocols as those used in these studies, try saffron in the form of a standardized extract of Crocus sativus petals at a dose of 15 mg twice a day.

Read more about ALL the amazing benefits of saffron for menopause!

Known as the dopa bean, Mucuna Pruriens is especially beneficial to brain health. Its primary compound “levadopa (L-dopa)” is a precursor to dopamine, adrenaline and noradrenaline. L-Dopa is able to directly affect the central nervous system by boosting the output of dopamine, the chemical responsible for sensory stimulation, physical pleasure, and bursts of euphoria.

Serotonin, a famous mood regulator, is also released, along with adrenaline. The combination of these elements makes Mucuna Pruriens wonderful natural remedy for depression.

St John’s Wort contains the active phytonutrient hypericin, which together with hyperforin, is one of the principal active constituents found in this herb.

Many studies have found the herb to be equally as effective as traditional antidepressants, but with fewer side effects in mild to moderately depressed patients. Whilst researchers aren’t exactly sure how St John’s Wort actually works its magic, some have postulated that it acts in a similar way to SSRI’s (selective serotonin reuptake inhibitors), because it makes serotonin, dopamine and norepinephrine available to the brain.

However, St. John’s wort is a risky herb with many side effects and negative interactions. Please check with your physician before starting supplementing with this herb.

Brahmi is well known for reducing the stress hormone cortisol and for counteracting the effects of stress by regulating the hormones involved with the stress response. It can also decrease anxiety by improving the production of serotonin – the hormone that calms the mind.

Native to India, Brahmi is an important ayurvedic herb that has been used for centuries as a “nervine” – a herb that calms the nervous system.

Before the advent of pharmaceutical tranquilisers, Skullcap was the go to herb for the relief of anxiety and nervous tension. Studies have since shown it exhibits “anxiolytic activity” in animals and humans – meaning it inhibits anxiety.

If anxiety is leaving you unable to sleep, Skullcap is and extremely beneficial herb for insomnia and sleep disorders. While many remedies, both traditional and herbal, can lull you to sleep like Skullcap, most leave you groggy in the morning. Skullcap promotes sound sleep without the unwanted side effects, leaving you feeling refreshed and revitalised in the morning.

Gotu Kola is a well known super anti oxidant for the brain, helping to protect the brain cells. Used for centuries in Traditional Chinese Medicine to treat anxiety and depression, science has now isolated the active compounds responsible for the remarkable antidepressant effects of this herb. Two of these compounds – brahmoside and brahminoside – have sedative effects, whilst Gotu Kola reduces anxiety by 50% in human studies.

Kava (Piper methysticum) is a traditional relaxing tea used in south Pacific cultures.
Its extract has been standardized and used as a natural remedy, mainly for anxiety.
It’s as effective for anxiety as prescription anti-anxiety medications, but it’s also been found to be an effective alternative to antidepressants.
Kava works by increasing the level of the relaxing brain chemical GABA.

If you have depression along with overwhelming stress or anxiety, kava is a supplement you might want to try.
Kava is especially helpful for menopausal women who are depressed and anxious.

And unlike hormone replacement therapy, kava will not disrupt estrogen levels.

Kava should not be taken for more than 4 weeks, nor should it be taken if you have hepatitis or other liver problems.

Rhodiola (Rhodiola Rosea), is considered an adaptogenic herb, meaning that it acts in non-specific ways to increase resistance to stress.

This herb grows at high altitudes in the arctic areas of Europe and Asia, and its root has been used in traditional medicine in Russia and the Scandinavian countries for centuries. Studies of Rhodiola rosea’s medicinal applications have appeared in the scientific literature of Sweden, Norway, France, Germany, the Soviet Union and Iceland. Rhodiola rosea is still widely used in Russia as a tonic and remedy for fatigue, poor attention span, and decreased memory.

A study published in 2007 in the Nordic Journal of Psychiatry, showed that patients with mild-to-moderate depression who took a rhodiola extract reported fewer symptoms of depression than those who took a placebo. A small human trial of rhodiola at UCLA published in 2008, reported significant improvement in 10 people with generalized anxiety.

Ashwagandha, sometimes known as Indian ginseng, is an herb that has been used in Ayurveda, traditional medicine of India, that can be traced back 6000 years.

Ashwagandha has shown effectiveness in reducing stress hormones, promoting intellect and memory, protecting against neuronal injury in Parkinson’s, Alzheimer’s and Huntington’s. It can also reverse or slow neuritic atrophy and synaptic loss in those diseases.

A treatment group in a randomized, double blind study of Ashwagandha compared to placebo demonstrated that the blood cortisol levels after 60 days showed a marked decrease, and the side effects were minimal.   Usage of ashwagandha was shown to be a good protector against stress.
Ashwagandha has also shown effectiveness in helping with bipolar disorder, by improving auditory-verbal working memory), a measure of reaction time, and a measure of social cognition.

Others studies have shown that Ashwagandha is effective as an anxiolytic, as a mood stabilizer, and in treatment of obsessive-compulsive disorder.

The treatment dosage in humans is one 300 mg capsule of high-concentration full-spectrum extract from the root of the Ashwagandha plant twice daily.

Maca has been traditionally used in Peru to treat depression in men and women and to stimulate libido.

In a 2008 study published in the journal Menopause, researchers found that maca helps reduce anxiety and depression symptoms in women with menopause. A group of 14 postmenopausal women completed a randomized, double-blind, placebo-controlled, crossover trial. One group was given 3.5 grams of Maca powder per day, while the other group was give a placebo. At the end of the 12-week trial the researchers reported, “… significant reduction in scores in the areas of psychological symptoms, including the subscales for anxiety and depression and sexual dysfunction after Maca consumption.“

The researchers conclude that Maca is indeed effective for treating psychological symptoms like anxiety and depression.

The recommended dose is one 450mg capsule 3 times daily taken with food.

If you are suffering of one or more of the above mentioned symptoms, be aware that they are the result of a decrease in sexual hormones and/or hormonal fluctuations and can be controlled very well by using herbal remedies. 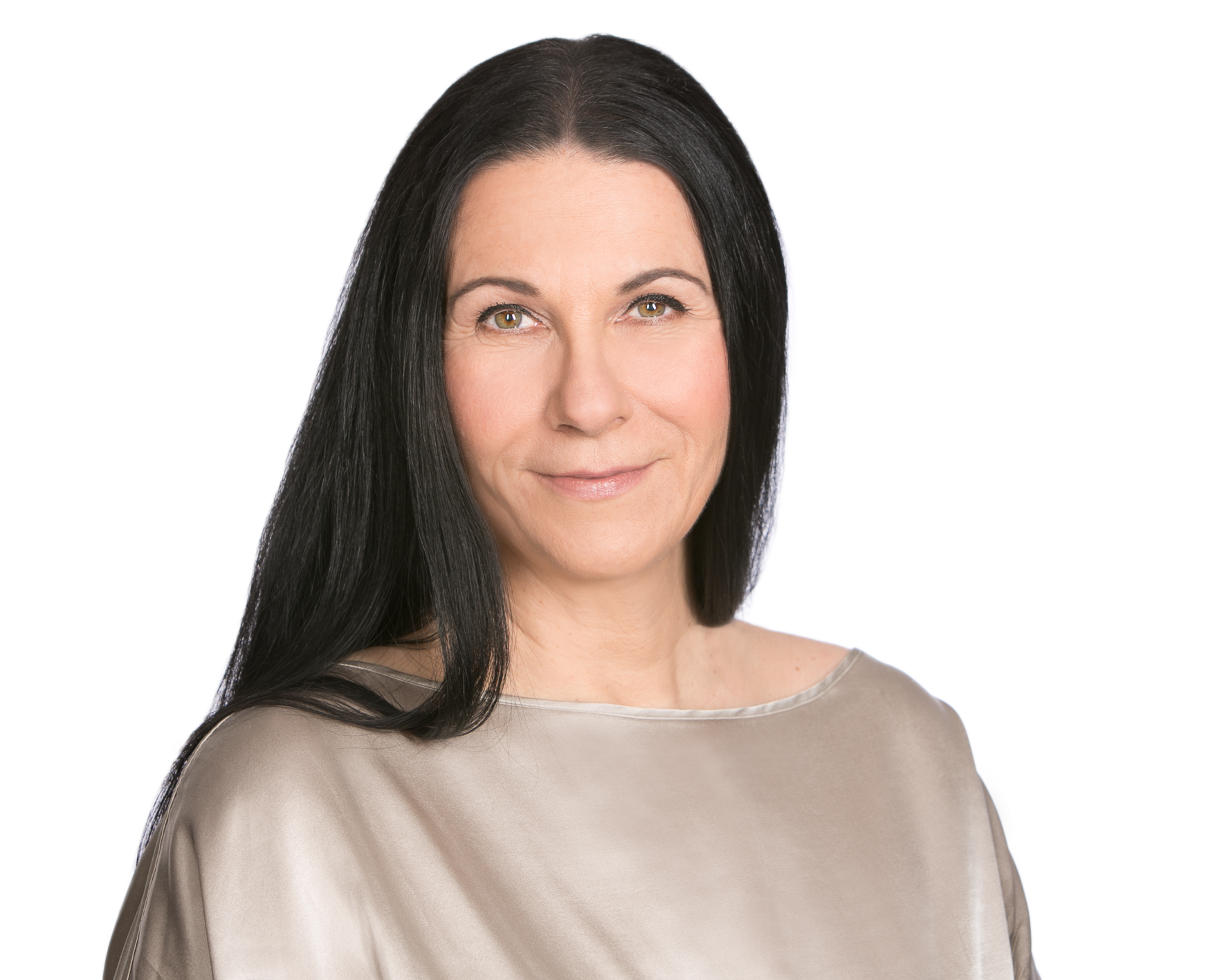 Laura is a Certified Integrative Nutrition Health Coach, Holistic Menopause Health Specialist, and Certified Hormone Health and Wellness Practitioner. She is the founder and owner of Feel Good Menopause™️.

Get your free ebook!


Need some loving support and interaction with the most awesome group of ladies from all around the world?
Join the Feel Good Menopause CLOSED support group (family) here!

Want to fight the menopause weight? Check out our CLOSED group here!

more
Never miss a thing - sign up for my monthly newsletter!
We use cookies to ensure that we give you the best experience on our website. If you continue, we assume that you consent to receive the cookies on Feel Good Menopause website. Ok